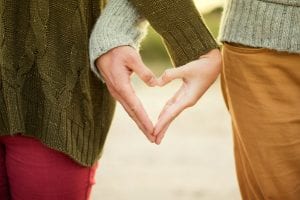 Our firm has always been very receptive to the needs of the LGBT community, and there was once a time when legal safeguards were absolutely necessary for committed gay couples. When same-sex marriages were not recognized by the federal government, people in these committed partnerships were not afforded the same inherent rights that married people enjoy.

To provide an example, if you pass away without any state estate planning documents at all, this would be looked upon as the condition of intestacy in a legal context. Under these circumstances, the probate court would enter the picture to supervise the administration of the estate.

Ultimately, the assets would be distributed using the intestate succession laws of the state of Ohio. In our state, if a married person dies intestate without any descendants, the surviving spouse would inherit the intestate property.

However, if there is no valid “piece of paper,” this protection would not exist. Surviving parents would be first in line to assume ownership of the intestate property, and if there were no parents still living, siblings would come next. The line of succession would continue from there with the closest blood relatives.

There is also the matter of health care decision making. If no provisions are made for these contingencies in advance, the next of kin would be contacted by medical professionals. Someone that is in a committed relationship that is not legally married would not have the ability to make decisions on behalf of their partner.

We should emphasize the fact that estate planning has always been quite relevant for people that are legally married. The point is that they do have some basic protections from an estate planning perspective that are built into the laws. Things weren’t the same for couples that could not get married, but all that has changed, and a women named Edith Windsor had a great deal to do with it.

Thea Spyer and the aforementioned Edith Windsor consummated a 30 year romantic relationship with their marriage in Toronto, Ontario in 2007. The following year, the state of New York recognized the marriage as well, but same-sex marriages were not federally recognized.

This was because of Section 3 of the Defense of Marriage Act (DOMA) that defined the institution as something that can only exist between a man and a woman.

There is a federal estate tax marital deduction in the United States that allows for unlimited tax-free transfers between spouses. When Spyer died in 2009, she left a sizable inheritance to her spouse. In spite of the fact that they were married, the IRS demanded over $360,000 to cover the estate tax liability.

Windsor was not prepared to take this lying down, so she filed a lawsuit, and the case ultimately made its way to the docket of the United States Supreme Court. On June 26, 2013, a majority of the Justices found that the section of the DOMA that limited the scope of marriages was unconstitutional.

Since then, same-sex marriages have been recognized by the federal government. As a result, the safeguards that have always been in place for married people are now extended to legally married members of the LBGT community.

As we have stated previously, in spite of the fact that things have changed for the better, estate planning is a must for all married people, regardless of sexual orientation. Plus, there are those that choose not to get married for one reason or another, and inheritance planning is essential for these individuals as well.

Our firm is here to help if you are currently unprepared from an estate planning perspective. We would be more than glad to sit down with you, gain an understanding of your situation, and explain your options. If you decide to go forward, we can craft a personalized estate plan that ideally suits your needs.

You can schedule a consultation right now if you give us a call at 775-823-9455. There is also a contact form on this website that you can use if you would prefer to send us a message.