What is a “Slayer Statute?” 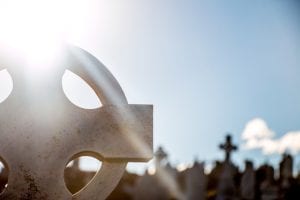 Sometimes issues arise in estate planning that put an inheritance in question. In Mississippi a few years ago, a young man who suffered from severe mental illness, killed his mother. The question arose: can he inherit from her estate when he caused her death. This legal issue brought into play the "slayer statute."  Each state has its own version of this law, which has a significant effect on probate and estate issues.

The Purpose Behind the Slayer Statute

The intended purpose of a slayer statute is to prevent someone from receiving an inheritance from someone whose death he or she was responsible for causing. As with most things, each state has enacted its own slayer statute.  Some only apply when the death is proven to have been intentionally or willfully caused, while others preclude inheritance when the death was merely negligent.  In most states, the slayer statute applies to life insurance beneficiaries, as well.

The Effect of the "Slayer's" Competency

In the Mississippi case mentioned earlier, a question of first impression arose for the court.  The siblings of the schizophrenic killer, asked the court to prevent him from receiving his share of their mother's inheritance.  However, the court had to decide whether a murderer who is mentally unfit to stand trial, should be precluded from receiving his inheritance.  The appellate court decided that, since he was incompetent to stand trial, he could not have willfully committed the murder.  That decision did not resolve the legal matter entirely, however. Civil and criminal codes are based on different standards for intent and willfulness.

The Nevada version of the slayer statute imposes the principle that "a killer cannot profit or benefit from his or her wrong."  Nevada's statutes also state that insanity or diminished capacity shall not be considered in determining whether a person has committed a felonious or intentional killing. The murderer must be convicted of the crime or found by a preponderance of the evidence to have caused the felonious or intentional death before the slayer statute applies.

The Most Common Applications of the Slayer Statute

The unfortunate reality is that most cases where the slayer statute becomes an issue is between spouses. What follows is the fact that spouses are typically beneficiaries of each other's life insurance policies. As long as the death is determined an accident, inheritance is fine. However, if the death is suspicious in any way, the insurance proceeds will not be paid until an investigation by law enforcement clears the spouse of any charges.

If you have questions regarding the slayer statute or any other estate planning needs, please contact Anderson, Dorn & Rader, Ltd., either online or by calling us at (775) 823-9455.